Jesus Teaches Us How to Interpret the Bible – Catholic Style

Jesus Teaches Us How to
Interpret the Bible – Catholic Style
By Robert Sungenis, Ph.D. 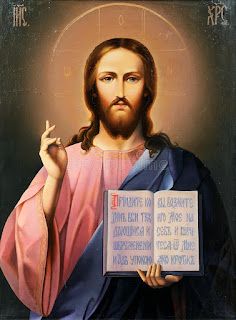 Driving in my car the other day, I turned on the radio and came across one of the local Protestant stations. A preacher was expounding on John 3:5 where Jesus says, “Unless a man is born of water and the Spirit, he cannot enter the kingdom of God.”

In his exegesis, he was absolutely sure that John did not mean physical water. Instead, he proposed that John’s water referred to the “word of God.” He cited Ephesians 5:26 and claimed that because Paul referred to “washing her with water by the word,” water was a symbol for Scripture. He transferred this meaning back to John 3:5 and concluded: unless one is born of the word of God (hearing and believing the Bible) and the Spirit (being “born again” by accepting Jesus in your heart) he cannot enter the kingdom of God. So, forget baptism with water as a necessity for salvation.

But how can this radio Bible preacher be so sure that his exegesis and interpretation is the true one, that it should be trusted by his radio audience? What about the other interpretations given by both Protestant and Catholic scholars to this passage? The Catholic Church, along with many Protestant Churches, have taught constantly since the Early Church Fathers that the water of John 3:5 refers to water baptism, which is not a symbol but the very means to receive the grace of God to cleanse one from Original Sin.1 By what authority does one confidently determine which interpretation is true?