The Anti-Catholic’s Trump Card
written by Robert Lockwood for This Rock magazine of Catholic Answers for the July-August 2009 issue.
Reviewed by, Robert A. Sungenis, Ph.D. 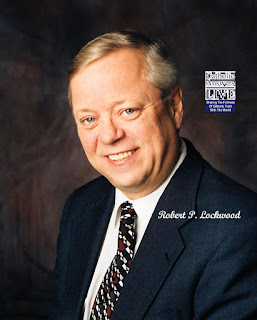 The attempts by Catholic apologists to produce the ultimate apology for the Catholic Church’s confrontation with Galileo never ceases. The latest attempt comes from Robert Lockwood writing in the July/August 2009 issue of This Rock published by Catholic Answers. Evidently, there is something about the Galileo affair that continues to bother good Catholics, and rightly so. A haunting question persists no matter how good the latest apology purports to be: how could the Catholic Church, who is guided by the Holy Spirit, be so blind to the scientific belief of heliocentrism in the very magisterial ranks it reveres as the harbinger of truth? A hundred and one reasons for the antinomy have been given over the course of the last 400 years – everything from “ecclesiastical bureaucracy” to “deliberate chicanery” to “religious fundamentalism” to “corporate interests’ to “unfair tactics” on the part of the Catholic magisterium, so says author Giorgio Santillana in his 1962 book The Crime of Galileo. Maurice Finocchiaro, another respected Galileo historian, admits in the opening pages of his latest work that he is driven to uncover every detail of the Galileo affair because, as he says, “a key recurring question has been whether, how, and why the condemnation was right or wrong, and that is what the title Retrying Galileo is meant to convey.”1 Finocchiaro believes the Church was sincerely wrong. Hence, his motivation for “retrying” Galileo is too find the “real” reason the Church took such a strong stance, since he can’t believe the Church could be so obtuse to science. Another apology even tried to promote the idea that Galileo wasn’t condemned for heliocentrism but for atomism, a theory that supposedly contradicted the nature of the Eucharist, so says Pietro Redondi, in his 1982 book Galileo Heretic.