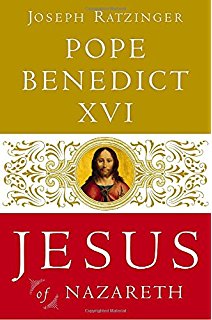 Quo Vadis, Petrus?
In the history of the Church it’s not often that a private book is published by a reigning pope, but Vatican II popes apparently started a trend. John XXIII published a couple of books; Paul VI doubled that; John Paul II doubled Paul VI, and now Benedict XVI has almost doubled John Paul II, and in half the time. Prior to Vatican II hardly any pope wrote a private book on theology. I’m not sure of the reason for this trend. I am more concerned with the fact that it tends to foster what E. Michael Jones calls the “I/We dichotomy” which “demeans the papacy by allowing the pope to become a celebrity” for the purpose of “establishing the bounds of permissible discourse according to a political agenda…”1 In other words, what cannot be said officially because of ecclesiastical constraints is said unofficially in order to achieve a desired result. Paul VI apparently saw another side to this potential duplicity when he said: “Is it really right for someone to present himself again and again in that way and allow oneself to be regarded as a star?”2 Perhaps this same temptation also hampered our first pope. It was Pope Peter in Galatians 2:11-21 who, when he decided to engage in some private and unofficial commentary on the Gospel under the name Cephas, eventually shunned his Gentile converts and instead bent over backwards to placate the hostile and unbelieving Jews, upon which he was severely upbraided by Paul for “perverting the Gospel.” This is an ever-present danger for a pope when he is wearing the papal tiara; how much more when he dons a hat with the title “private theologian”? As we shall see, it may be no coincidence that the Jews who made the Cephas-side of Pope Peter stumble in proclaiming the Gospel are eerily similar to the Jews today who are making the Joseph Ratzinger side of Pope Benedict XVI stumble as well. It’s uncanny to see such a resemblance between the first century and the twenty-first century. In light of the dire warnings from our saints; the Fatima message; and Scriptures that speak about the rise of antichrist, who will now win this battle on earth between the popes and the Jews remains to be seen.