Showing posts from December, 2020
Show all

July 3, 2010 Question 258 – Does Quanto Conficiamur Moerore deny Original Sin? 4 "RS: We are not judging God. We are merely accepting God’s testimony that he is a fair and just God and does not lie, and we make our subsequent conclusions on that basis."   DF: God is fair and just, but He says nowhere in scripture that an unrighteous, depraved, fallen sinner, can be saved by general revelation or by looking looking at nature. If fact, he says they ARE WITHOUT EXCUSE. The gospel is the power of God unto salvation.   RS: Read Romans 2:6-8 or Romans  2:14  again. In the latter,  St.  Paul says that some men disobey and some men “do instinctively the things of the law.” It is these same men who obey that , in vr. 13, are said to be “justified by their works.” Don, your problem is that you’ve already decided that you must exclude these passages from your understanding of how God works in salvation. Instead of believing that God wants to save the Amazon and is waiting for him to “do
Post a Comment
Read more 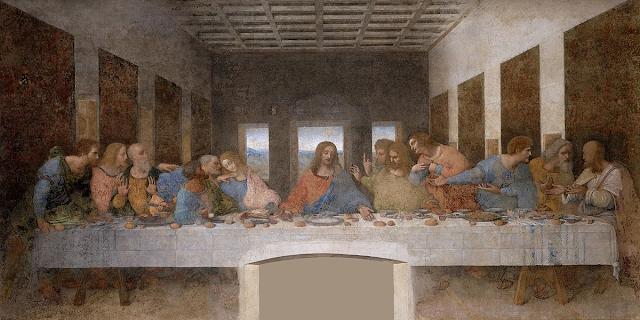 Question 194 – Is the Last Supper Commemorative of a Seder Meal? …Also, I recall that you [Bob Sungenis] and I dialogued several years ago about the Hahnian Third Cup interpretation. Through the use of the Greek, you proved quite definitively that the Last Supper could not have been the Four Cup seder, based on the Greek words for leavened and unleavened bread (the artos, etc. analysis). Can you please find or repeat that analysis? That completely undermines the Third Cup interpretation. I appreciate it. -John [Salza] ___ Here I am leading a 2 part study on the Mass for our K of C Church and Bible Study, and last week singing the praises of Scott Hahn's analysis of the 4 cup Seder, bridging the Last Supper to the Cross, and now I find out its off base??? Indeed, do tell... Is this in an old article we no longer have up on the site?AMDG. -Laurence Gonzaga ___ Laurence, I thought Hahn’s interpretation was at least an interesting speculation until about five years ago, when I actually
Post a Comment
Read more

On May 2, 2016, I published a 125‐page critique of Robert Carter’s paper, “Why the Universe does not Revolve Around the Earth: Refuting Absolute Geocentrism” at (http://galileowaswrong.com/wp‐content/uploads/2016/05/Why‐the‐Universe‐does‐not‐revolve‐ around‐the‐Earth.pdf) Robert Carter Since then, Carter replied in a paper stated to be published on September 6, 2016 titled: “Refuting absolute geocentrism: Refutation of our detractors” at (http://creation.mobi/refuting‐geocentrism‐ response). I cordially thank Dr. Carter for responding. It’s not often we get Protestant Creationists to engage at such a deep level. I wish more would do so. In fact, since Dr. Carter mentioned my name several times in his paper (but mentions no other geocentrist), I hereby make a public offer to Dr. Carter or any Protestant Creationist associated with either CRS, CRI, AIG, or any such ministry, to provide their best credentialed member to engag
Post a Comment
Read more

December 9, 2020 1. Is there a difference between the creation vs. the function of matter? 2. What 3 questions would you ask Einstein if you could? 3. What do we say to claims the Catholic Church started the Islamic faith? 4. Doesn’t General Relativity make moot the geo-heliocentric debate? 5. Would you be willing to go on a respectable atheist podcast? 6. Some comments on the evils of socialism. 7. Comments on how communism is infiltrating America. 8. Why do the books of Sirach and Wisdom speak of wisdom as a she? 9. Further comments on the consecration of Russia. 10. Why was John the Baptist unsure of Jesus’ status yet they were cousins? 11. Do you think the Antichrist will be a communist? 12. What are ring lasers and how are they different from sapphire oscillators? 13. Is it possible that the Covid-19 virus is a Masonic hoax? 14. Comments on Father Rutler. 15. What is the binding of Satan in the Apocalypse? 16. Explanation of par
Post a Comment
Read more

December 8, 2020 1. Comments on feckless bishops and the state of the world. 2. What is your view of Opus Dei? 3. Is it a sin to use lethal force to protect your gun rights? 4. Is it a sin to use lethal force to avoid forced vaccination? 5. Comments on vaccines and microchips. 6. Comments on the End Times. 7. Comments on a cure for Covid-19. 8. Follow up on which bible best matches up the OT and NT? 9. How to answer a 7th Day Adventist about the Pope. 10. Why was Man given free will, yet in heaven he can’t sin? 11. If angels could sin before, why can’t they still sin now? 12. Shouldn’t we want to go heaven soon rather than living long? 13. Why is there temporal punishment after we confess our sins? 14. Can Mary answer our prayers, or does she only intercede? 15. Can Mary give graces? 16. Do sapphire oscillators prove the ether exists? 17. What do you think about Pope Francis saying gay marriage is ok? 18. What does the CCC say abo
Post a Comment
Read more

December 2, 2020 1. Thoughts on Scientology. 2. Is a soundtrack for Journey to the Center of the Universe for sale? 3. Thoughts on predestination per John 6:44. 4. Thoughts on the “Illumination of Conscience” visions. 5. Comments on satellite/clock experiments. 6. Would you consider doing a debate on Sedevacantism? 7. Why is communion in the hand OK if priests practice ablution? 8. Comments on the Pope Paul VI imposter theory. 9. Comments on Sr. Lucia’s views of the Russian consecration. 10. Further comments on eagles eating carrion. 11. What would happen if a pope tried to make a heresy a dogma? 12. Do actors sin by pretending to be someone they aren’t? 13. Could man arrange atoms in a cell to produce life? 14. Are we seeing a resurgence of Catholicism in France? 15. What’s wrong with Pentecostal churches? 16. Did Jesus’ soul enter limbo while he was in the tomb? 17. Will homosexuality cause the downfall of the Church? 18. Why di
Post a Comment
Read more

December 1, 2020 1. Was Jesus crucified naked? 2. Views on “Ancient Records and the Structure of Genesis”. 3. Does a Limbo of the Fathers exist? 4. How do we deal with COVID-19 fanatics? 5. Must the un-baptized confess their sins to become Catholic? 6. Views on quantum mechanics. 7. Was St. Thomas a humanist? 8. Why do some apologists have such a high view of paleontology? 9. Who are some of your favorite apologist? 10. What’s a good book on the chronologies of the Gospels & Acts? 11. Does Matt. 24:28 refer to vultures or to eagles? 12. Would it be good if a nation required its people to be Catholic? 13. Is it correct to say that God died on the Cross? 14. Do you teach RCIA at your parish? 15. Which religions are the closest to Christianity? 16. Which bible translation best matches up the OT and NT?
Post a Comment
Read more
More posts