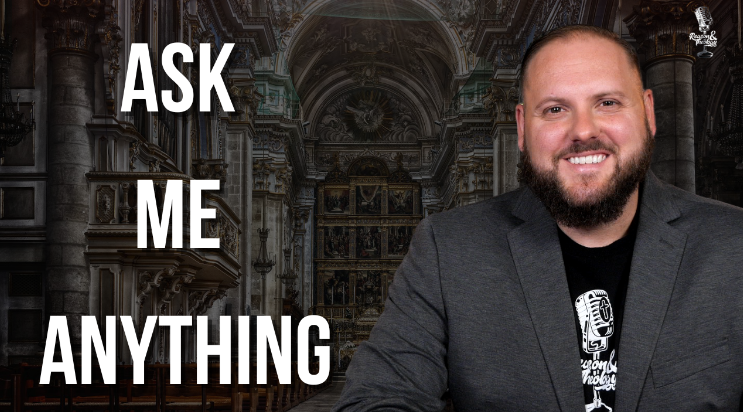 The following is a fictional dialogue crafted by Michael Lofton who is employed by Catholic Answers. It is critiqued by Robert Sungenis, director of Catholic Apologetics International

Elijah: I’ve been looking into the Catholic perspective, and I came across this massive debate on whether or not the Second Vatican Council affirmed or denied inerrancy.

Seraphim: I can imagine. This is a really complex issue. Let’s start by defining our terms. What do you mean by inerrancy?

Elijah: Well, that is just the thing! I’m not sure I have a proper definition. However, for the moment, let’s use this as a working definition: inerrancy means there are no errors in the Bible.

Seraphim: We will certainly need to tweak that definition.

Elijah: How come? Did Vatican II teach something different?

Seraphim: Well, as you pointed out, there is a debate here. Some, like Cardinal Avery Dulles, took the position that Vatican II taught partial inerrancy, which is the view that the Bible is without error only in matters that pertain to our salvation.

R. Sungenis: The Catholic Church has never taught that the Bible is without error only in matters of salvation, so why would she begin teaching it at Vatican II?

Every time the Church has defined biblical inerrancy, it was never qualified by “what pertained to salvation” (see the citations from the Fathers, medievals, popes and councils later in this paper).

Neither Cardinal Dulles nor anyone else was able to show in the tradition where the Church taught his newfangled understanding of biblical inerrancy. Even Fr. Raymond Brown, the champion of the “error free only in what pertains to salvation,” was never able to show where tradition taught it and thus he limited his claim to saying, “pre-voting debates [at Vatican II] show an awareness of errors in the Bible.”1

As we will see below, the “pre-voting debates” only show that there was a liberal faction of bishops at Vatican II who were trying to overthrow the Church’s traditional doctrine on biblical inerrancy but in the end were rejected by both the bishops and Pope Paul VI.

Seraphim: In other words, this view says the Bible may contain errors in matters of history and science—like that Scripture made a scientific error when it spoke of the “rising of the sun” in Psalm 113:3.

R. Sungenis: Anyone who would use Psalm 113:3 as evidence that Scripture is errant doesn’t know what he is doing. Everyone knows that Scripture often speaks from the phenomenological perspective, that is, from the perspective of what things appear to look like from where one is viewing the event.

From the perspective of viewing the sun from a position on the earth that overlooks the horizon, the sun certainly looks like it is rising above the horizon, so we say, “Did you see the beautiful sunrise this morning?” From the earth’s perspective, it is certainly true that the sun is rising, and therefore it is a true statement.

If we want to dig deeper to answer why the sun appears to rise in the morning, the scientific answer is that either the sun is actually moving across the sky each day, or the earth is rotating on its axis.

If Michael believes otherwise, then I gladly offer him a seat at the debating table with me to discuss the issue. All he needs to do is ask. It’s one thing to make claims; it’s quite another to prove them. Let’s see what kind of scholar Michael really is.