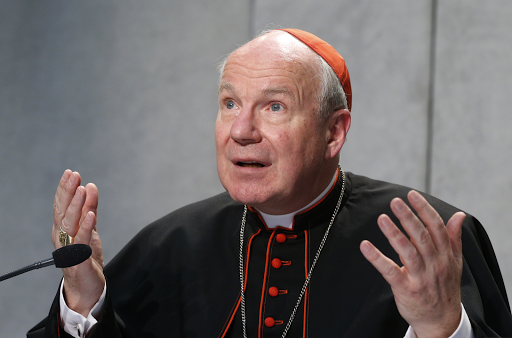 Third catechesis by Christoph Cardinal Schönborn on December 4, 2005 in the cathedral of St. Stephan in Vienna. Translated by Prof. John F. Crosby.

Schönborn: In the second catechesis we dealt in general with our faith in God as creator: "In the beginning God created heaven and earth." According to this faith, all that exists owes its being to the sovereign act of the creator, who does not have to create. We profess this in the Creed when we profess our belief in the one God, the Father and Creator of heaven and earth. But things get more difficult as soon as we try to approach the matter more closely and ask what all of this means concretely. According to Genesis 1, the first chapter of the Bible, God created everything "according to its kind." Does this mean that God performed for each kind a distinct act of creating? This was the belief for centuries, into the 18th and 19th century: the different kinds are unchangeable and each is created separately by God. The idea of a "transformation of kinds" arose in the 19th century: the kinds have gradually developed from the simplest beginningsto the highly complex mammals and to man; the kinds are not unchangeable and there are good natural explanations for the way in which they have come into being.
R. Sungenis: The cardinal himself admits the tradition of the church, for more than eighteen hundred years, believed the different kinds are unchangeable. Accordingly, any new idea stipulating that kinds are changeable, would need proof to replace the prior belief. The problem for Schönborn is that there is no proof. There is only theory and conjecture, and it comes mainly from atheistic scientists who are bent on evolution and have no respect for Scripture and the tradition of the church.
Download Full PDF