The Death Penalty: Admissible or Inadmissible? A Response to Tim Staples and Catholic Answers

The Death Penalty: Admissible or Inadmissible?
A Response to Tim Staples and Catholic Answers 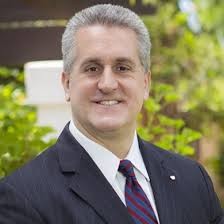 Some of my patrons have asked me to give my analysis to a paper Tim Staples wrote last year regarding Pope Francis’ change to the Catholic Catechism on the death penalty. Mr. Staples’paper can be found at https://timstaples.com/2019/pope‐francis‐and‐the‐death‐penalty

As most know, Tim Staples works for Catholic Answers. Although Catholic Answers has done much good in teaching people about Catholicism, like all of us, it is certainly not infallible and is not an official organ of the church. In some cases, the answers Catholic Answers gives are not the
best Catholic answers.

Catholic Answers has developed a reputation for siding with the teachings and practices of the modern Catholic hierarchy over against the teachings and practices of the traditional Catholic church to the extent that almost anything the modern popes say or do is defended as true, good and wholesome. In fact, things the modern papacy has said or did that many other Catholics have seen as acutely problematic and bordering on heretical, Catholic Answers has either brushed over or ignored altogether; and at the same time it admonishes other Catholics for pointing out these doctrinal aberrations.